Back in Brittany, after a busy few weeks seeing my son in Germany and then back to the UK sorting out bits and bobs. Just about cleared the house now. Haven’t had any interest in our house sale so it’s now on the rental market until things pick up. 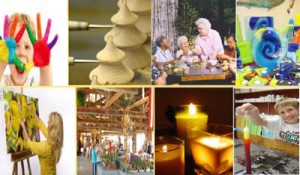 I’m delighted to announce that there is now a permanent Usborne Books stall in Elizabeille, the artisan, craft and brocante gallery that’s just opened in Laurenan. If you’ve not been, it’s definitely worth a visit and Elizabeth has attracted more and more stalls. Tomorrow afternoon there’s a Farmer’s Market being held there from 1.30pm, with lots of local produce on sale and the chance to taste some home made jam and lemon curd! There’s also craft sessions running on a Wednesday and Friday afternoon for kids, so if you fancy having a cup of tea and a cake whilst the kids are entertained, why not go along?

I’m off to the Vide-Grenier at Monterterlot on Sunday morning, and then next Sunday there’s the AIKB Kermesse near Laniscat where I’ll be taking my Usborne Books. I’ve also recently found out that there’s Noce Bretonne at Helleanon Sunday 22nd August. Last year two of our English friends were chosen to be the couple who were getting married, dressed in full Breton costume – They had only moved to the village a year before – What an honour! How’s that for Integration?

Le Foleux, Brittany – a pretty port on the River Vilaine

How do you choose a new house?