The price of French stamps is increasing 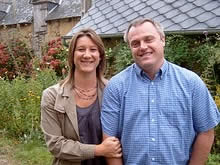 As from 1st July 2011, the price of French stamps is increasing.

For more information regarding the services offered by La Poste see this link here.

Over the years, and since the above post was written, the price of French stamps hasn’t stopped going up.

On January 1st 2021, the cost of green and red stamps shot up to over 1 euro each. The French Postal Service, La Poste, justified this new increase, among other factors, by the continuing decline in the volume of mail. People who still enjoy sending good old fashioned mail and letters suddenly saw rates shoot up. Suddenly, the cost of a priority red stamp went up 12 cents of a euro to 1.28 euro and 11 cents more for the green stamp which crossed the 1 euro threshold for the first time.

In short, this means that by January 2021, the price of a red stamp had more than doubled in 10 years (the increase really started in 2015 after a reasonably stable period when the cost of stamps didn’t change).

As a little aside, with the arrival of Brexit, letters from France to the UK (officially) have to be sent using yet a different type of stamp: the Timbre Monde Violet. Not red, not green, but purple. Prices start at 1.65 euro for a 20g letter, and that letter needs to be weighed, as the price increases with its weight. Having said that, it’s very much hit and miss. We still receive quite a bit of post from France, and sometimes the envelope displays the official purple stamp, sometimes it doesn’t. We recently received a New Year’s card from my wife’s aunt who lives near Bordeaux. She had used a green stamp and it took… 3 days to get here! Posted on January 24th, delivered on the 27th!

Going back to the seemingly never-ending stamp price increases, to justify the latest one, La Poste’s position is that it wants to continue providing a high-quality service in a period of accelerating decline in mail volumes and to continue to modernise its offers to meet the uses and needs of its customers. It wishes to ‘modernise and adapt’ its industrial network, in particular, in order to meet the challenge of the rise in parcels numbers, as these equate to several hundred million euros.

In conclusion, because nowadays both people and businesses use the traditional postal service less and less, preferring the internet, the French Postal System needs to reinvent itself in order to survive. Like many businesses, La Poste has had to develop a strategy especially aimed at reducing the dependence of its turnover on traditional mail and diversify, by making the most of digital developments and focusing on parcels or banking, for instance.

Be careful what you idly wonder…