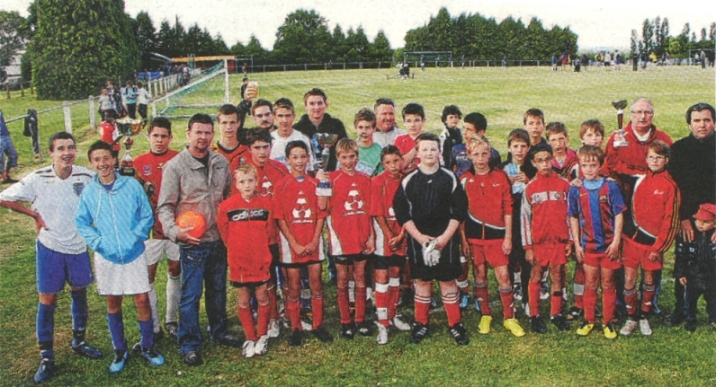 This rentrée des classes has made me worry even more about the kids and I have found it quite stressful. The older two are now really branching out and don’t come home very much. Together with all the usual problems of adjusting, there have been cars and the riots to worry about.

The eldest is now doing her law MA in Nanterre which when she applied there seemed like a good choice as she said it had a good reputation and it was a good path to get a job. Now it seems like a nightmare as I peruse Orange & MSN actualités to see how it is all going and see photos of bonfires and rioting hoodies whilst the gendarmes throw tear gas. She reports that so far the school’s canteen has been trashed and she is having to get up 2 hours earlier to get there. She can’t afford to rent inside the route péripherique so she has found a flat with her boyfriend in Ile de France south of Versailles, and has to commute across the most troubled areas. Yesterday, she was trapped at the station between the riot police and the demonstrators and was only saved by the station guard opening the gates onto the train platform. Then there was even more stupidity when the kids opened the doors onto the tracks and jumped out into the path of an incoming train! I have great respect for Sarkozy and what he has tried to do, dragging France kicking and screaming into the 21st century, and it seems like a nightmare that every rentrée this sort of thing has to go on. Is it because the kids in particular have to have some sort of release from a rather authoritarian society or is it because the ones who riot are those with not much to look forward to in life? Probably both . . .

As for the next in line, he is at a Catholic university in Angers, so no striking allowed there! He was determined to find it all himself so I spent several days on Mappy and Google being a sort of GPS while he screamed down his portable about how lost he was.  Trying to be responsible parents we had his 205 checked over for the rentrée with new tyres and a brake once over, and the bill was more than the car was worth! However, this didn’t prevent the brake pipe bursting in the middle of the traffic in the centre ville in Angers, so I had more roaring down the phone as he let off steam about limping the car back to the university residence with no brakes. And of course, no big city garage will rush to mend the damn thing so he can’t come home at the weekend as there is no direct public transport and it is either a bus from Mayenne to Laval to Angers or a train to Le Mans to Evron. But hey – it doesn’t matter anyway as there has been no fuel this week in Angers apart from at Carrefour off the route péripherique (Paris direction) and I am not  brave enough to direct him there!

And last but not least is the ‘surprise,’ as one nurse in Laval hospital put it when he was there a couple of years ago for peritonitis. He was 12 yesterday and is showing signs of the dreaded ado years. This rentrée he has been very quiet – I suspect the cause is the very pretty and mature looking young lady that he pointed out in his school photo as sitting in front of him in class. He even got a ‘mot’ because he was messing about with her in maths last thing on a Friday, which would have been unheard of last year. However, a note of pride. He plays football for the tiny village of Grazay which has a catchment area of 2,000 or so, and most of these are aging farmers. He is the goalkeeper and so has been very instrumental in getting their youth team promoted to the first division in the Mayenne league – apparently Grazay has never got so far! They are expecting to get slaughtered but who knows, maybe they can beat even Laval! Watch this space!

No Panic petrol buying here then ?

Huge pumpkins, chestnuts and a bucketful of Quince.