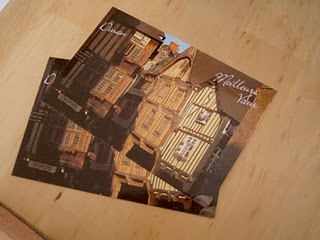 In France, we wish our friends, neighbours or acquaintances a “Bonne année” (Happy new year). We also say

We only start wishing “Bonne année” or “Meilleurs Voeux” on 31st December and we have right up until the end of January to do so.

We send “Cartes de Voeux” in January rather than Christmas cards. Usually to people who live far from us and / or that we don’t see often.

If you haven’t wished Bonne Année to your neighbours, hurry up! You only have a few more days…

The British cook at home more than the French

Eventually will we all live in towns and cities?